My words, My life

With sweet and sour experiences, life is full of colors

When mother of my six year old student initially came, she was  worried about her kid who was reluctant to write with her.

Her son was enjoying doing reading at home. He could answer comprehension questions well but when it came to writing, he simply refused to express his thoughts.

Mother wanted my help and I was eager to try.

On first day, before starting our class, I took him to window and asked him to explain what he was seeing outside, he replied that the grass was green and the sky was blue with white fluffy clouds in it.

It was our warm-up session. After he did reading from manual, I encouraged him to move toward workbook and worksheets.

At first, he got confused because I was asking him to do something which was a least favourite thing for him.

In order to show my love for him, I gave him a quick hug which brought smile on his face. Later, I asked him to give me a high-five so that I could check his energy level.

He liked that activity. 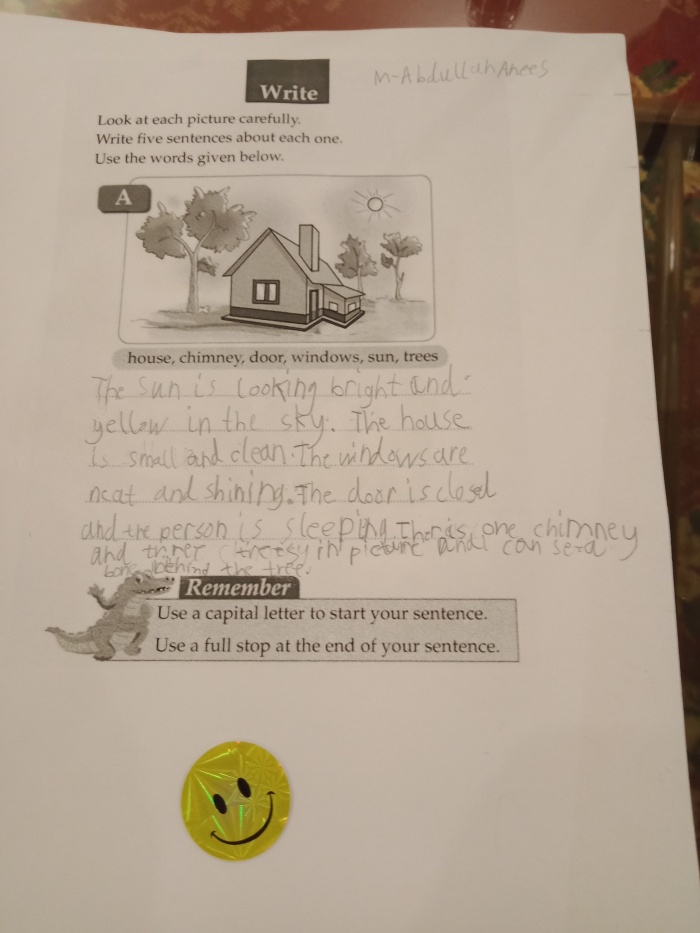 Before start of the class when I was going through this worksheet, I prepared some questions that could help him in writing better about picture but it didn’t require much effort on my part as being a kid, he loved imagining what was going on in a house and wrote about a person who was sleeping in it.

This, I’m poem he composed is lovely and close to my heart.

I’m happy that my student is enjoying doing writing with me.

I wonder why the sun is shiny?

I hear your secret.

I see a walking monster.

I want a new pencil box.

I pretend to be a spider man.

I worry that shopkeeper won’t give me a bat.

I cry when my sister hits me.

For girls “choker” would be a necklace or a band that fits closely around their necks but a person who fails to keep his nerves calm at crucial moments is also known as “choker” and in the world of cricket this term is reserved for “South African” team.

Since 1991, the team has participated in six world cup events. In every event they have performed well but despite playing good cricket, South African cricket team has developed this identity of getting choked at crucial moments that the semi-final of world cup 2015 saw them putting a tough target but in the end they left the ground whimpering. 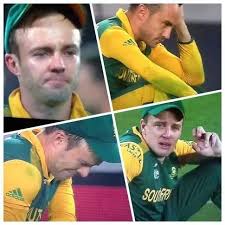 Recently, I was reading an article by a sport’s psychologist in which after ascertaining the situation of South Africa cricket team, he prescribed yoga as a relaxation technique for them. For, it’s a common perception that the team works so hard in ground that they find little or no time to enjoy their game.

Truth be told, mere hard work cannot always guarantee a successful result and it’s been a long time that while working as a teacher at school, I experienced the same.

With no prior experience, teaching kids was a hell of a task for me. The boys are generally considered to be full of energy but my class was a “basket full” of energy.

In those days, I longed for an opportunity to leave that job but before quitting I decided to give it another chance.

I noticed that though I was working hard but deep in my heart, I was not enjoying my job. I wasn’t happy of my designation but once I accepted the reality, things started to change.

Getting back to cricket, in every game South Africa enters like a strong contender but it was painful to watch them leaving whimpering in 2015. At times, it seems that they’re not enjoying playing their game. They appeared burdened and it’s been a long time that in every world cup event the history is repeating itself.

Not sure when this “jinx” is going to break but one thing is for sure the day the South Africa started to enjoy their game will bring refreshing change for them. For, a mere victory can break this jinx for them.

That being said, I like to share some of my old memories here. Back in 2013, my students made these beautiful drawings for me 🙂 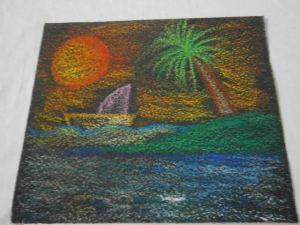 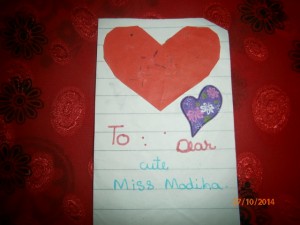 I’m thankful to Prakash Hegade and Nimmi for nominating me for a versatile blogger award. I am very happy and believe me this is wonderful experience.

Here are seven things about myself

4. I find pleasure in reading books.

5. I like to write favourite quotes in my diary.

6. Cleanliness is my passion.

Thank you to Prakash and Nimmi for sending me this beautiful gift and love to all my followers. You are all special to me. Your very presence on my blog motivates me to write more beautifully. 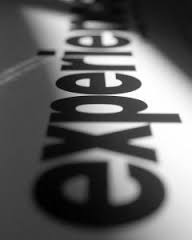 Life is all about experiencing new things. These experiences become one’s personal stories of success and failure. I believe that these stories of ups and downs and these narrations of rise and fall are worthy to be told.

This reminds me of my teaching experience. Those were the days when I was scared of experiencing anything new in my life. My parents were aware of my weakness so they forced me to start teaching at school. I tried to make protest but to no avail.

I still remember my first day of nervousness at school. I was selected as a junior Maths Teacher there but my “confusion” was depicting the fear of a “little school girl.”

With no prior experience, teaching boys was a hell of a task for me. I can still recall that naughty boy of my class who loved to laugh. He had an amazing ability of burst into giggles and that too with no apparent reason.

There was also a “slow writer” in my class. That laziest boy of my class was always able to bring tears in my eyes. In those days, I desperately longed for that “cherished moment” when he could complete his work in time but, that moment never came.

The boys are generally considered to be full of energy but I would regard that class as a “basket full” of energy. While I was busy in writing on board they whistled and flew papers in class and they were quite clever in covering each other that I never succeeded in identifying the real “culprit.”

In those days I returned home exhausted, I lost my appetite and dark circles appeared under my eyes. I longed for an opportunity to leave that job.

And, finally that time came when I had to leave my job for pursuing my studies. I can never forget those sad faces of my students. They were crying. I was also shocked by their response. They took my autograph and presented me with their beautiful drawings and hand made cards.

Life has been a journey and while cleaning my shelf today, I came across those beautiful drawings and cards. These tangible evidences of love and care remind me of those ‘chatterboxes’ of my class. The process of remembering those “innocent faces” brings tears in my eyes. I silently pray for their success in life.

In fact I owe to them for giving me a chance of an experience which I will always remember. That “life changing” incident of my life had taught me some great lessons. Today, I’m not afraid of experiencing new things in life as I firmly believe that “The purpose of life is to live it, to taste experience to the utmost, to reach out eagerly and without fear for newer and richer experience.”

I still enjoy recalling that experience and today  it’s difficult to believe it really happened.

I wonder if you guys have got something similar to share. Love to have your comments.