My words, My life

With sweet and sour experiences, life is full of colors 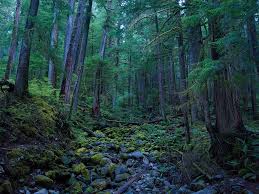 Deep in the woods the monkeys gave a hoot, and his heart leapt into his mouth. The fear of loneliness had always made him afraid.So, he tried hard to look for a familiar sun but failed as the canopy of trees was blocking the sun rays.

He peered through the twisting ropes of merciless vines that had been choking the trees. “Is anyone here?” he shouted, but his voice reverberated in that malicious place.

The ruthless hands of stuffy and warm air were adding salt to his injuries and the mere realization of the idea that he was all alone in that unfathomable place brought tears in his eyes. He continued to sob for some time when he felt something strange.

The fluttering of birds startled him and he started to quiver like a dried leave. Those two glowing eyes informed him about the arrival of something dangerous. He wanted to run but couldn’t and the growl issued the much needed “May day call” and leaving that wreckage of plane behind that sole survivor of plane crash started to run for his life. 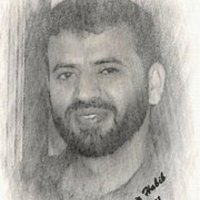 I was keenly observing that shy looking person. That plain looking man in his early thirties was nicely dressed. I was thinking that he was not a bad choice to become my brother-in-law when he raised his eyes and asked, ‘What are your majors in college?”

I told him that I was studying Math and Statistics. I told him that I found physics a difficult subject.It was then I saw a brightness appeared in his expressive brown eyes, ripples formed on the surface of a water and he started to explain me the concepts of Physics. To this day, whenever he has a time, he always used it in giving us a lecture about the importance of education in life.

He is average height, dark hair and wears glasses to read books. My brother-in-law is a hardworking man who has received his Ph.D in Electrical Engineering from Vienna University of technology.

He’s been in teaching for a long time and his students admire him for his cool and calm personality. He’s a dedicated teacher who is always there to help and  support his students.

He’s more like an elder brother to me.Once, I was not able to clear one of my course in the University. I was heartbroken, but he encouraged me. He inspired me and finally I received distinction in that subject.

He’s not a book worm, but he likes to read books and watch movies.  He’s good in cooking and baking is his specialty.

Fathers are naturally attached to their daughters and the big loss in his life was losing his infant daughter. The family got shattered by that incident, but in that difficult time, he appeared to be an epitome of great courage. He remained thankful to Allah Almighty and just after a year Allah blessed him with the beautiful daughter.

He’s an easy-going person, who is mature in his thoughts and strong in his decisions. May God give him a healthy and prosperous life.(Ameen) 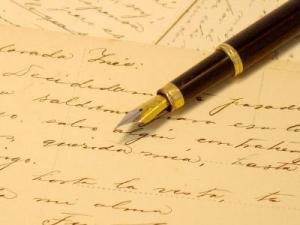 Today’s Prompt: You stumble upon a random letter on the path. You read it. It affects you deeply, and you wish it could be returned to the person to which it’s addressed. Write a story about this encounter.

Today’s twist: Approach this post in as few words as possible.

While, eating my lunch, I cast him a quick look. Sitting in that lonely corner of the cafe, that man in his late thirties was shedding tears.

I felt a strange urge to console him. But, before I could say anything, he stood up and went away. I too, paid my bill and headed for the door.

Passing by his table, I saw a folded paper. Out of curiosity, I opened it. It was a letter

… We are enjoying spring season here. The leaves are green and the sun is shining brightly. Everything is looking beautiful…

Mother is missing you a lot. Do write to us.

The dampness of letter revealed the agony of a man. Despite living among the luxuries of life, the man was missing his homeland and the pale yellow sun of a cold winter was reminding him of all the colors of life which he had left behind.

I folded the paper and put it carefully in my pocket. I wanted to give it back to him. After all, it was his most prized possession.